Music Theater FROGS Opera Chaotique & Merlin Puppet Theatre 03, 04 May 2019 Starts: 20.30 The Alternative Stage of the Greek National Opera launches the 2018/19 season with a special adaptation of Aristophanes’ comedy Frogs presented from the surreal perspective and with the utterly subversive humour of an eccentric duet: the Opera Chaotique and the renowned Merlin Puppet Theatre company – which creates and animates puppet worlds in Greece and abroad since 1995. 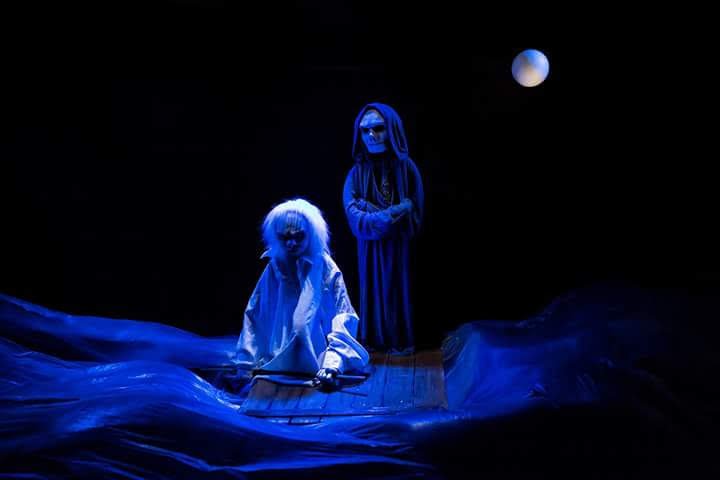 The work is set in modern times as a musical narrative. Dionysus, 2,500 years later, is still disappointed by people’s low intellectual standards and decides to turn once more to the enlightened dead in the Underworld.
On his journey, he meets not just Euripides and Aeschylus, but also Rimbaud, Bukowski, Poe, Embirikos and other brilliant minds of the past, on a quest culminating in an unexpected twist.
Wars, the refugee problem, poverty, television, religious bigotry, they all aim at impoverishing the mind, the body and the soul. Can the intellectuals save humanity from this disaster? Or at least help? Is Aristophanes always topical or do we lag 2,500 years behind?
The comedy’s adaptation, transferred in the modern age, approaches serious issues through humor and generates hope and optimism. The work of the ancients lives on and the work of the moderns is inspiring! They did what they could. What about us?